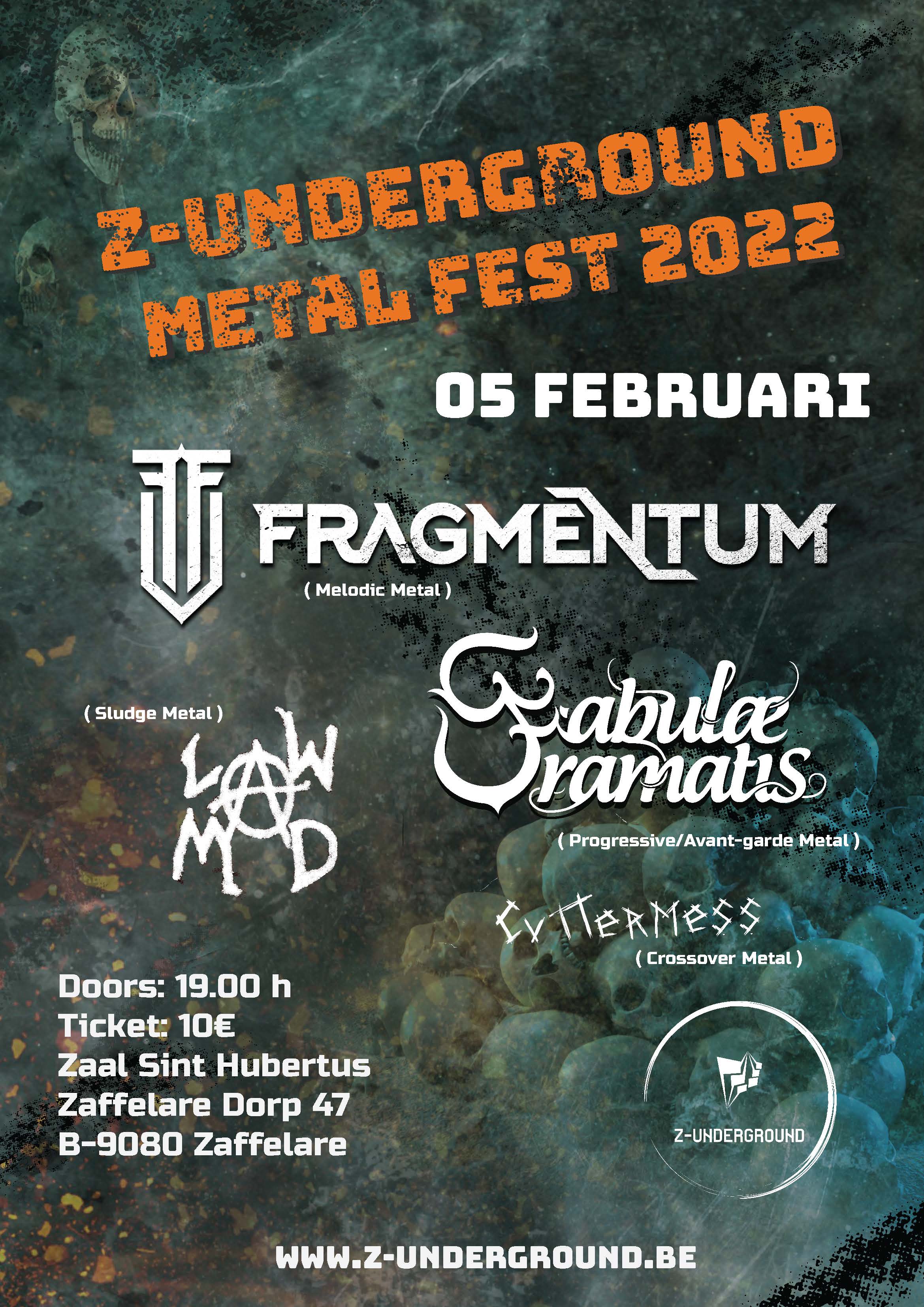 FRAGMENTUM were founded in 2015 and became well known as a Belgian diverging metal band. Gunnar Nopens and Jan Bruggeman joined forces after working together in other metal projects like Bellator and Octahedron.

The alliance of musical creativity resulted in the adamant but sincere EP D!VERGE. Working as hell on new songs and enforcing the band with new members for live playing resulted in their debut album PUGNACITY. This full album was released worldwide shortly after touring with Children of Bodom in US and has been received with rave response and reviews from the metal industry and fans. Subsequently Fragmentum shared the stage with Soulfly on their European tour and played more venues with mayor bands like Annihilator.

The second full album MASTERS OF PERPLEXITY containing blasting diverging Maya theme metal songs is ready to be released upon all open-minded metal-heads. No fillers, only killers! Recording, mixing and mastering have been done in their own studio Z-Underground and will be released via their own label Zoorka Records on April 16th 2021.

A cool intriguing video clip of the Origination Of Mankind song will be spread on all social media March 26th 2021.

A tour to promote the album is planned for beginning of next year. There is a lot more to come soon.

In the mean time “Stay Freaked” and become a Clan Member to support and get more interactive with these guys.

Together they combine the intensity and volume of progressive metal with more soft, lyrical, classical themes. The sound is influenced by a range of world music and instruments such as the sitar, harmonium and tambura. Lyrics in the music often focus on short stories or fables. Fabulae Dramatis prides its style on a “union of ideas, experimenting with diverse cultural and musical influences combined into one project”. Their music has been described by Classic Rock Society magazine as having “deep thought and insular attention” paid to it with “the spirits of Zappa and Beefheart”.

Check out Om and Solar Time’s Fables and their last single The City (Translucent) on iTunes, Spotify, Deezer and other online stores and record shops!

We are LowMad,We started in need of making music we love. Tom, Christof, Knette & Philip. Our roots are our influences: Stoner, Metal, Sludge, Punk,grunge,Doom Riff ’n is what we love to do. Cheers!!

Our band is named Cuttermess and since we incorporate a broad variety of metal styles into our songs, the best way to describe us would be cross-over metal.  That diversity has to do with our drummer’s past. He has played in thrash, punk, death metal and hardcore bands. He never got the chance to contribute any of his ideas to those previous bands.